By Eric May 13, 2020
In one of my earlier posts I discussed about love for each other and how small gestures of love can brighten up the lives of your loved ones. The following story is of that kind of a gesture where a granddaughter does something for her grandparents and that is the ultimate in expression of love. 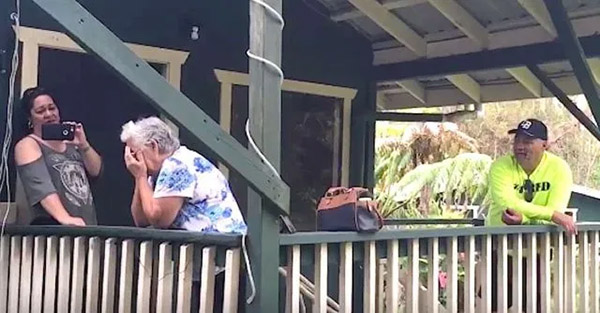 But everything was suddenly excited when the lady of the house announced that they are all going on a picnic so get ready fast. There was a sudden wave of electricity that ran through the house and everyone was filled with an extra whiff of enthusiasm. The family consisted of two elderly grandparents, their grand daughter and her husband and two of their kids, a married son and a daughter who was going to be married soon.

Soon the whole family was packed into the car and was driving to the picnic spot. After driving for a couple of miles the lady announced that she had got some important work to attend to so they will drop in at a house nearby for a few minutes. She slowed down the car near a small but very attractive house and parked the car. She told everyone to get down from the car and stretch your legs by the time she finished her work and she went inside the house.

All came out and started moving around and stretching. The old couple walked up to the porch of the house and sat on the chairs that were kept there.


After a few moments the lady came out and sat near the grandparents. The grandparents asked if her work was over and that whether they could proceed to their picnic as planned. To the utter surprise of the old couple and their astonishment the lady told them that the house belonged to them and that she had bought the house for them from the retirement money that she got on her retirement. The couple’s eyes were full of tears as they hugged their granddaughter.