Waitress Nervous To Wait On Texan ‘Cowboys,’ Then They Leave A Note On Bill For Her – Video

By Eric May 13, 2020
In our daily lives we come across many abnormal incidents in our life when we are left dumb fold in our stride and wonder about what has happened. This incident so happened that once a 25 yeas old waitress named Rosalyn Harris at a restaurant in Washington DC served a table of Texan men, and while leaving they left her a hefty tip of $450 and a note. After serving an unusually large crowd over the weekend, who appeared for the President Donald Trump’s inauguration and participating in the Women’s March. 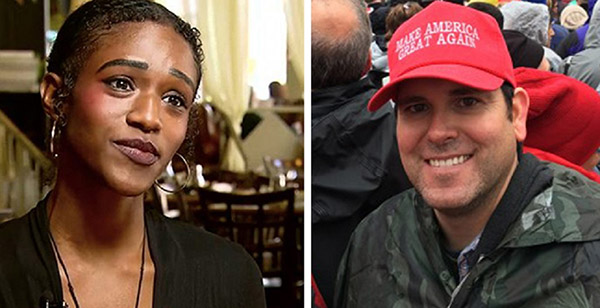 Harris returned to her usual business on Monday. When a group of 3 men walked into the restaurant. She made her assumptions that they were not from this part of the city, but from the South, as they were wearing cowboy hats. The three of them were from the west Texas and had come to the town for the inauguration. They smiled at Harris and sat down at a table, she handed each a menu and smiled back at them.

Such situation could have turned worse but everything went fine. After an hour they left and she went to the table to clean it. And to her surprise she found that the men had left about 625% more of their bill amount of $72.60, with a heart warming note. The handwritten note said – ‘’We may come from different cultures and back grounds and may also disagree on certain issues.