21-year-old Shelby Ann Carter was building an idyllic family life. She and her boyfriend lived with her mother in Wyoming, Ill. 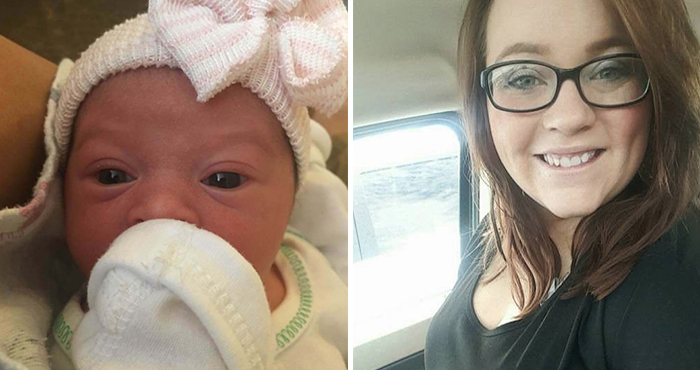 However, her plans for the future would end sadly.

But in the middle of this tragedy, the firefighters found something amazing — and it showed them that a parent will do anything for her child.

Even in the most life-threatening circumstances, and with an incredibly limited amount of time, Shelby had the presence of mind to quickly strap her into the carseat.

This hero mom had secured her newborn daughter in a car seat and then dropped her from the second-floor window.

With her last breath, she sacrificed her life for her daughter’s.

When the firefighters found the little girl, who is named Keana, they took her straight to the hospital worried that she had also been injured by the smoke.

But, thanks to Shelby Carter’s quick thinking and actions, her daughter was completely unscathed.

“It’s just incredible that she was able to pull her thoughts together to save her baby… I’d say it’s nothing short of a miracle the way it ended up”, Chief of the Wyoming-Speer Fire Protection District Ed Foglesonger told The Washington Post.

Shelby Carter’s death was painful blow to the residents of Wyoming, a close-knit town of 1,400 people about three hours southwest of Chicago.

Following the catastrophe, neighbors started spreading the word on the Internet to help rebuild the house and provide some financial support for Shelby’s family members.

Shelby Carter’s actions show the power of a mother’s love for her children.

A lthough it is a devastating loss and Keana will never meet her mother, she can grow up proud.