Clerk Tells Man His $600 Lotto Ticket Is Worth $5, Has No Idea He’s an Undercover Cop – Video

By Eric May 13, 2020
Many of us dream of winning the lottery, and have lots of detailed plans about what we’ll do with our new-found fortune if the day ever arrives. But what we don’t count on is that we might be scammed out of our winnings.

Sadly, this happens more often than most of us are aware of. When we hand over our tickets to a cashier, we trust them to be honest, but that’s not always the case. 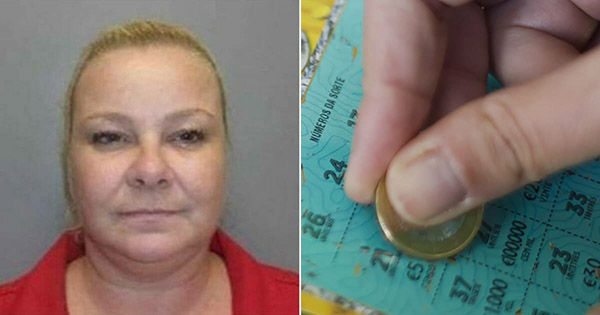 One less than trustworthy cashier was working at Winn Dixie in Fort Mason, Florida, recently when a man came in to the store with a winning ticket.

The customer went up to the cashier to claim his reward, but unfortunately this cashier was far from trustworthy. She told the man that his $600 lottery ticket was worth only $5. She sneakily took $5 out of her purse, handed it to the man and, when he was out of sight, kept the ticket for herself.

It seemed so easy – however the cashier’s scheme was about to crumble. Just minutes later, the man came back into the store to reveal his true identity. He was an undercover agent with the Florida Lottery Commission’s security division. He had been in the store carrying out an integrity investigation. The cashier, 42 year old Crystelle Yvette Baton was charged with grand larceny theft and is scheduled to appear in court.


Although it’s worrying to think of how often this kind of scam happens and goes undetected, there are steps we can all take to protect ourselves from falling suffer, such as signing the lottery ticket or using an electronic checker near the lottery machine to check the prize amount.

This Article Was First Published on en.newsner.com