Against All Odds, Couple With Down Syndrome Celebrates 22- Years Wedding Anniversary – Video

By Eric May 13, 2020
While we get to notice only misunderstandings between the couples and growing divorces day by day a couple with down syndrome celebrated their 22years wedding anniversary and have set a goal for all of us.

It has been said that it is very difficult for people with down syndrome to take proper care of themselves and marriage is a big NO but this couple has proves all these theories wrong an have come to blows through all odds of life and won all the hurdles. 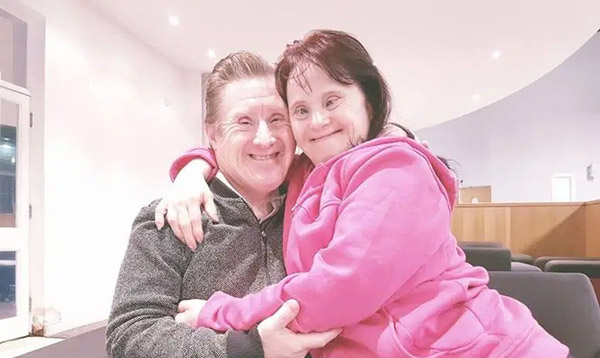 The marriage of Maryanne and Tommy Pilling was the first one of its kind in the UK and they proved everyone wrong. They fell in love and got married in an Essex church two decades ago.

This year, they celebrated their 22nd year as a married couple proving the test of time and received love from millions of people on social media.

They met each other at a day center in 1991 and dated each other for 18 months and finally decided to get married. Though they live in an independent home, their families live in the next door to keep a check whether the couple needs any assistance. Maryanne remembers that she was shocked when Tommy proposed her and also adds that as they were best friends they have never had a misunderstanding. They both are madly in love and respect each other completely.